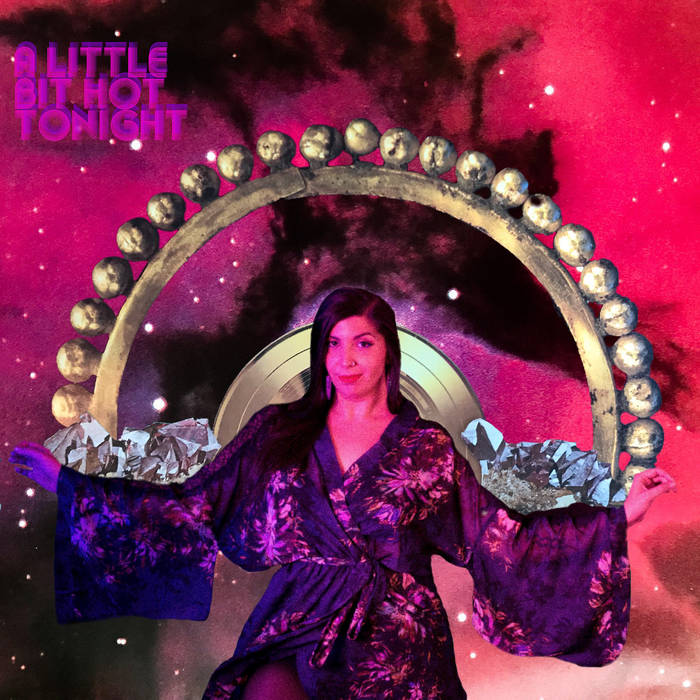 **All proceeds from this song go to the Betty Davis Scholarship, an annual award for a graduating senior who is pursuing music at Steel Valley High School (Ms. Davis’s alma mater).

After decades away from the music industry, fusion and funk pioneer Betty Davis has written, produced and released her first new song since 1979! The idea for the song, “A Little Bit Hot Tonight,” was first conceived while Betty was performing in Tokyo with the Arakawa Band in the early 1980s, but it wasn’t until 2019 when she finally wrote and arranged the tune for local musicians who recorded it in her hometown of Pittsburgh, Pennsylvania.

In addition to being known as the former wife and creative collaborator of Miles Davis, Betty Davis has earned both cult status and worldwide praise for her unapologetic sound and style that shocked audiences in the 1970s. Her three studio albums--Betty Davis (1973), They Say I’m Different (1974), and Nasty Gal (1975)--and one unreleased album (Is It Love Or Desire 1979) were reissued by Light In The Attic Records in 2007, 2009 to a wave of critical acclaim and a documentary film was subsequently made about her (Betty - They Say I’m Different, Native Voice Films 2017). With her music and image circulating once again, generations of both old and new listeners are being inspired by Ms. Davis’s uniquely raw and innovative aesthetic.

Betty was one of very few women in the 1970s who retained full artistic control of her music – along with such luminaries as Aretha Franklin, Carol King and Joni Mitchell – and she honors her legacy by returning to the studio at age 75 in full control. While donning a floor-length floral silk jacket that her friend Jimi Hendrix once gave to her, Ms. Davis sat next to the studio engineer at every step of the way and oversaw every detail of the first song she produced since 1979. Not only did Ms. Davis write the lyrics, compose the melody, and arrange the instrumentation – which was all done orally, via her cues – she also led rehearsals by teaching the song to the musicians from scratch. Betty was also instrumental in the photography concept and collage design that was created for the accompanying artwork.

The end result is “A Little Bit Hot Tonight”: a sultry pop-hybrid of soul, blues, Latin and jazz that speaks to the musical spirit of fusion that defines Betty Davis as a songwriter.

“I think that if you can make music, you are very special. To be involved in music puts you on a high energy level and it’s good for the youth to have that.” – Betty Davis, June 29, 2019

Danielle Maggio is a vocalist, DJ, and educator in Pittsburgh, PA. She has recently performed with Brittney Chantele and the Afro Yaqui Music Collective. She is the Associate Producer of the 2017 documentary film Betty - They Say I'm Different.

Bandcamp Daily  your guide to the world of Bandcamp

Featured sounds from Fly Lo and Ahmed Idris, plus Mother Nature hops on to drop off new project